Chairman tells Conference: “We must give more support to our exhausted and demoralised police officers”

Home / News / Chairman tells Conference: “We must give more support to our exhausted and demoralised police officers” 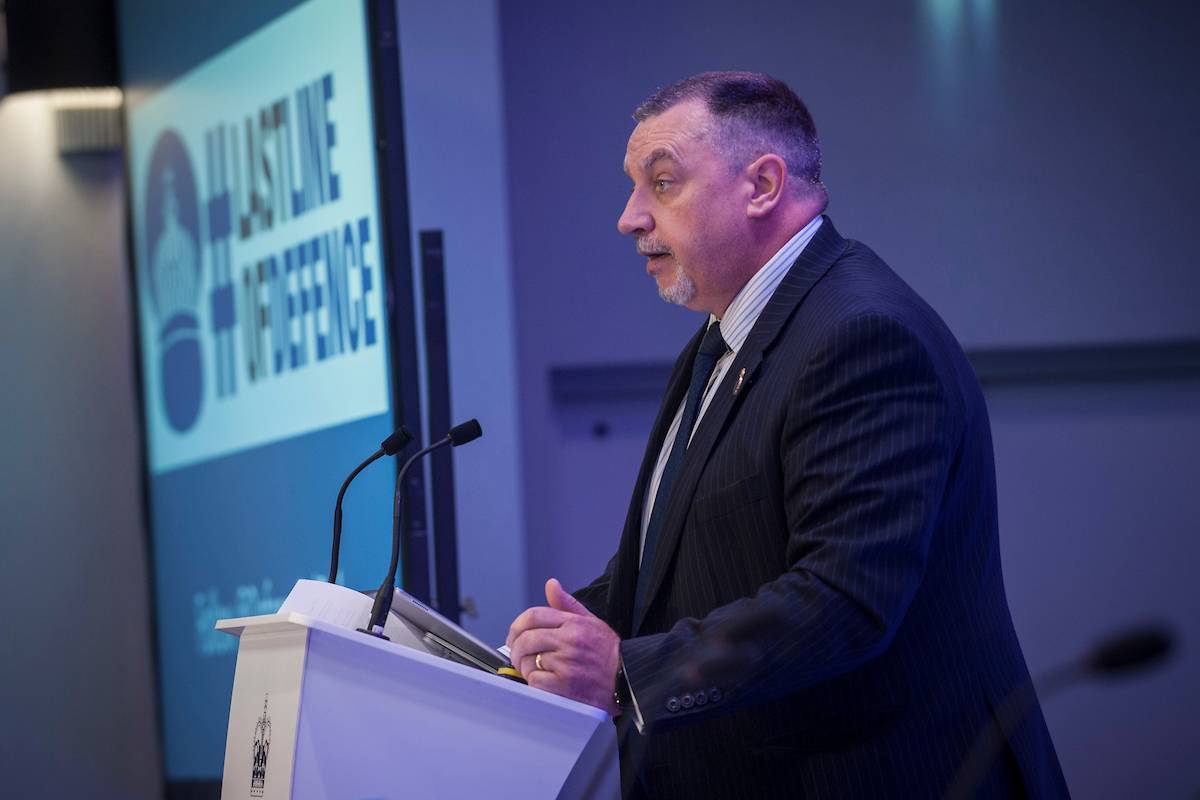 The Chairman of the Defence Police Federation has called on ministers to include the security of MoD bases in the UK in an ongoing Armed Forces review – or risk attack to the valuable UK assets his members protect.

In a keynote speech to the Federation’s Annual Conference in Stansted, Eamon Keating said overlooking the security of critical assets and sites in the UK from the Modernising Defence Programme would make the MoD vulnerable to attack, leaving Armed Forces personnel without vital equipment and placing further pressure on the MoD’s budget.

Mr Keating argued that security of domestic bases and high-value assets including the new aircraft carriers must be given additional priority and resources – warning of pressures on the MoD Police and highlighting an MoD decision not to fill vacant officer posts to achieve financial savings.

Mr Keating cautioned that the Force could be required to take on security at additional sites, further stretching its resources.

Mr Keating highlighted issues including delays in officers receiving pay increases announced in September 2017, pension arrangements and changes to employment conditions that could limit the Force’s ability to recruit and retain officers.

The MoD is currently undertaking its Modernising Defence Programme review, which is expected to make recommendations on the size and capability of the Armed Forces in July.

Mr Keating said: “Our message is that the UK’s military capability starts at home. That means ensuring MoD bases and vital assets in this country, which are high value targets for terrorists or aggressors, are effectively protected.

“A successful attack on such a site would put the public at risk and could damage or destroy equipment needed by the Armed Forces on deployment or incur millions and possibly billions in additional costs to the MoD.

“We fully support the Modernising Defence Programme and efforts by ministers to secure additional funding for the defence budget.

“But those efforts will be undermined if security is not included in this review, and if this doesn’t lead to additional support for workforces like the MoD Police that are tasked with securing vital assets.

“It is nothing short of crucial that more support is given to dedicated officers willing to risk their lives, and who understandably feel exhausted and demoralised after a decade in which the demands on them have grown without any commensurate consideration for their pay, pensions, training and wellbeing.”