Chairman’s Opening Address
The Chairman opened the meeting at 10am welcoming everyone present including those attending for the first time along with guests CCMDP Andy Adams QPM, Mitch Batt, General Secretary of the DPF and Superintendent Sandy Stewart the Force Liaison Officer. He went on to list the names of those 16 members who had passed on since our last reunion and asked everyone to stand in silent tribute to their memory. Afterwards he drew particular attention to the passing of Johnny Johnston aged 96 who had been tragically killed in a road traffic accident a few days previously.
In his opening remarks the Chairman stated that at this time we have 973 members of which 45 were present at today’s meeting. During the past year the committee in general have assisted a number of members with problems as far as possible or directed them as to where help could be found. He wished recorded his personal thanks to Assistant Secretary, Ken and Sylvia Hicks for their attendance at all the Pass Out Parades as representatives of the ROA.
In conclusion he reminded everyone that ROA members are entitled to 10% discount from Hoseasons and Cottages4U and a 20% discount from Staysure Insurance.

Treasurer’s Report
In presenting his report Peter Haddock said, that since taking over as the ROA Treasurer in 2017, he has introduced improvements to the maintenance of the Treasurer’s records following extensive computerisation of the documentation required to provide the necessary effectiveness and efficiency that members have come to expect. The ROA has an excellent relationship with Lloyds Bank and Wilkins Kennedy our auditors. This relationship has been improved by a closer personal contact with the relevant staff of these two organisations.

Annual Audit
As usual, all of the ROA accounts and associated papers for the financial year 1st April 2018 to 31st March 2019 were taken to our auditors Wilkins Kennedy at Fareham for the necessary audit. Our financial position for that period was found to be in order. Their report is available for all members to scrutinise. Given the accounts are in good order the Treasurer recommended that his Finance Report be put to the meeting. Acceptance was proposed by Ken Hicks, seconded Mick Bone and carried unanimously. A copy of the audited accounts is held on file.

Address by CCMDP
Mr Adams firstly thanked the ROA for being represented at the Pass Out Parades. He stated that the Government proposal for new Police Officers would mean approximately 100 extra officers for the MDP. The aim is now 2900 officers although at present there is a shortfall of about 300, this should be covered over the next two years, the force is in a good position with recruitment and transfers in from other forces. The force has welcomed a new DCC in Gareth Wilson from the Suffolk Constabulary and a new ACC in Andrea Bishop from Kent. Regarding the future of Wethersfield, H Q should be going to Wyton in 2020/21 and Training to Portsmouth. There are ongoing negotiations regarding personal fitness levels and shift patterns

DPF Report
Mitch Batt, DPF General Secretary then addressed the meeting regarding pensions and the ongoing claims re discrimination of which the outlook is positive. He also stated that they are trying to have the retirement age of 60 reinstated whereas at present it is 68, explaining that Loughborough University is assisting by carrying out a study into the effects of age and gender on physical fitness levels.

There then followed a question and answer session with the CCMDP, DPF Gen Sec and Force Liaison Officer. Supt Stewart stated that it is intended to re-trial the use of email addresses for communications. A trial run had been undertaken earlier in the year but encountered some technical difficulties and work was underway to resolve.

Election of Officers
The election of the following officers for 2019/20 then took place.

All above members were elected unopposed and will form the committee for the next twelve months.

Any Other Business
Gwen King thanked all the members for their continuing support with respect to her fundraising for her local hospital, also stating that this year she is also selling handmade poppies, proceeds being split between her charity and “Help for Heroes”.

Closing Remarks
The Chairman said that next year’s ROA reunion and AGM will be at the Crowne Plaza Hotel, Kings Road, Harrogate HG1 1XX Friday 9th to Monday 12th October 2020 @ £255.00 per person. In drawing matters to a close he expressed his disappointment in the low numbers attending this year and it was questioned whether the time of year may be a factor but this was dismissed as the AGM and Reunion has in recent years always been the 2nd weekend in October It was thought that the location, Edinburgh, was more a factor as it was too far for many to travel, however it was hoped that Harrogate would prove more popular.

To conclude the Chairman thanked the Chief Constable and the DPF Secretary for the continuing excellent relations and assistance given to the ROA committee and closed the meeting at 12.15pm. Next AGM/Reunion: 9th – 12th October 2020 at the Crowne Plaza Hotel, Harrogate.

Pictures from the 2019 Annual General Meeting 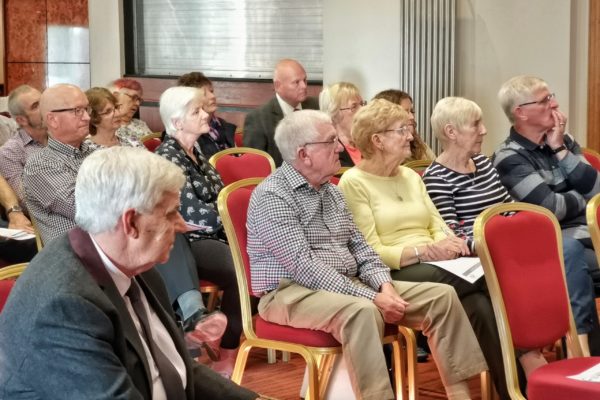 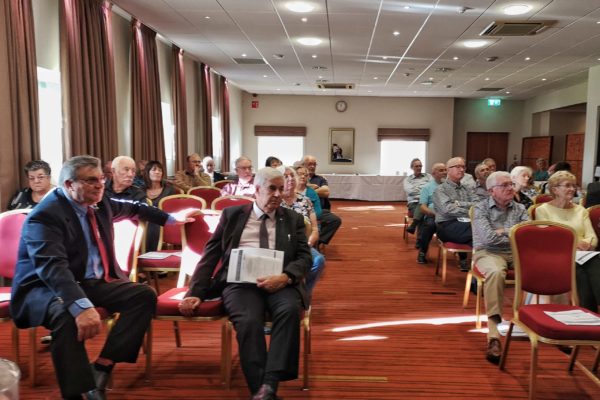 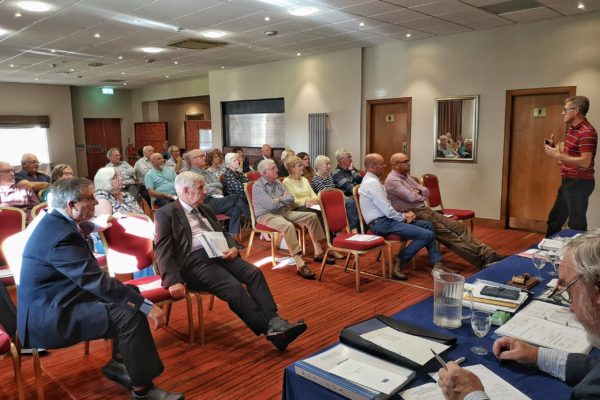 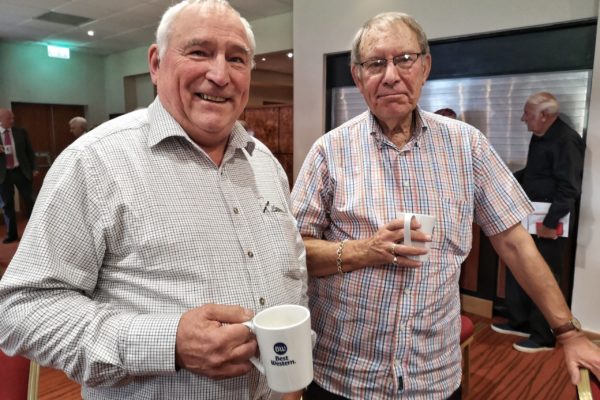 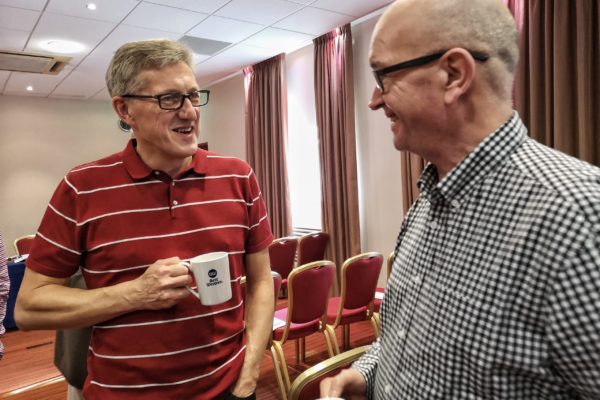 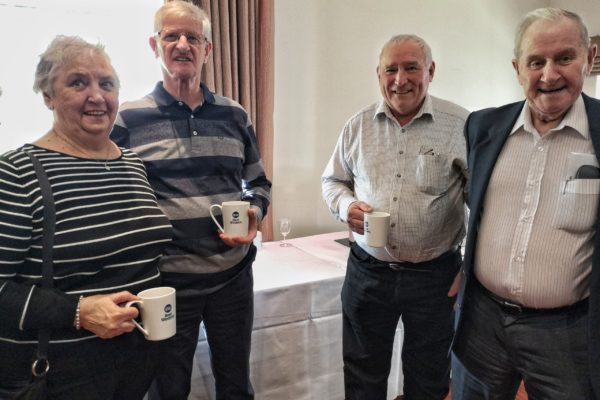 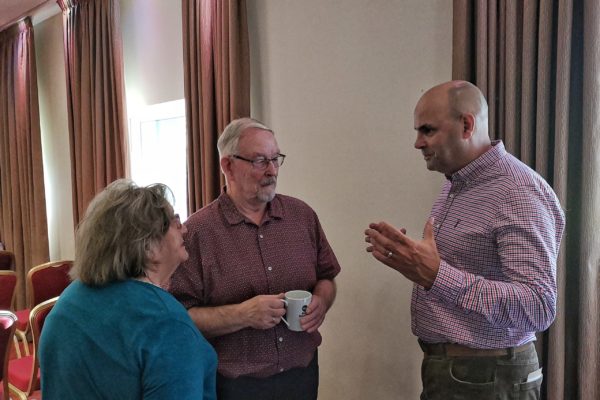 Financial support from The Charity for Civil Servants

Life throws up many challenges, and frequently they go hand in hand with money worries. Particularly at this current time, financial worries can be intertwined with fears around the pandemic.

The Charity can help with all sorts of financial issues, whether your income has suddenly reduced from job loss or ill health, or whether you’re unable to pay for essential items that need replacing. You may have taken the steps to leave a relationship and need to move on, or you may have lost someone and find it hard to cope financially, as well as struggling with bereavement.

They can’t promise to pay for everything you need, but they’ll work with you to understand what they can help with, and look at your individual needs in confidence and without judgement.

For further information about the many ways the Charity can help, take a look at their website or call to speak to an Adviser in confidence on Freephone 0800 056 2424

The ROA has made available to members a 'My Document Locator' which is produced in the form of a booklet that can be used as a check list of personal documents that records where key personal records, assets and papers can be located in the event of death or incapacity. It is not a Will but simply a check list. The booklet can be downloaded by clicking here.