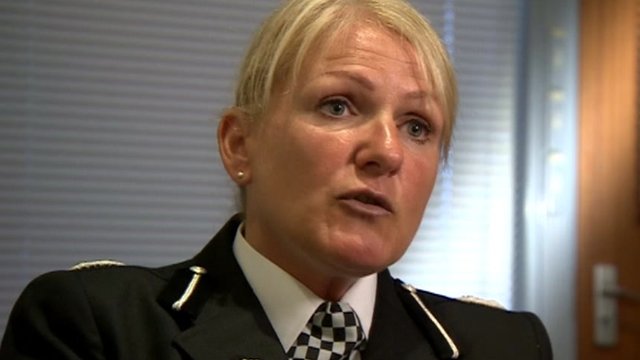 The head of Wales' counter-terrorism unit has denied that police are failing in their efforts to combat the radicalisation of young Muslims. It comes after a video showed two young Cardiff men urging others to join a jihadist fight in Syria and Iraq.

Ahmed Muthana, the father of one of them, claimed police had failed to win the trust of Welsh Muslims.

South Wales Police Assistant Chief Constable Nikki Holland said police could not “keep a hold of everybody”. The men are believed to be among 500 Britons fighting in Syria for the militant group Isis (Islamic State in Iraq and the Levant).

Imams at mosques around the UK are using Friday's sermon to discourage men from fighting in Syria. There are concerns that the start of Ramadan this weekend could lead to an increase in the number of people travelling to the Middle East to fight.

The video, thought to have been filmed in Syria, features Nasser Muthana and Reyaad Khan, both 20 and from Cardiff, along with Abdul Rakib Amin, aged about 25 and from Aberdeen. Nasser's younger brother Aseel Muthana, 17, has also joined them.

Ms Holland told the BBC: “We're talking about a couple of men; people realise the police can't keep a hold of everybody, but the police are doing the best job they can.”

She said she accepted there were difficulties in reaching those most vulnerable to radicalisation, but they were not “untouchable”. “We have a substantial amount of people involved in counter-terrorism for all the Welsh forces – it isn't just for south Wales.

Ms Holland added: “I don't think Cardiff has any greater problem than anywhere else in the UK. “What we can say nationally is that people are radicalised through various institutions, education establishments on some occasions, through the internet a lot.

“I don't think you can necessarily pin down how this happened in Cardiff.” The jailing of nine men – three of them from Cardiff – who plotted to bomb the London Stock Exchange was proof that the Prevent anti-radicalisation scheme had been successful in Cardiff, Ms Holland said.

Ahmed Muthana, father of Nasser and Aseel Muthana, has claimed police have failed to win the trust of Muslim communities in Cardiff because the Prevent team was mainly made up of white officers.

Ms Holland, who has been in post for less than a fortnight, said she had yet to meet all of her staff to assess the Prevent team's make-up but said the wider community had an important role to play in the strategy. “The police can't capture everybody who potentially could be radicalised,” she said.

She said the Prevent team could also be working with primary school children in the future, to gain their trust earlier before they become disenchanted young men.

Earlier this week, Mr Muthana told the BBC he was “heartbroken” by the video featuring his son, while the family of Mr Khan said he had been “brainwashed” into supporting violent extremism.

Speaking at prayers in Cardiff, Zane Abdo, imam at the South Wales Islamic Centre, said parents should know who their children are connecting with, adding that if people want to help those in Syria and Iraq, they could get a Saturday job, earn money and send it to refugees there.

Earlier, he said he believed the men had been “groomed” by people they had met outside of their mosque. “These are young men who are very sincere, they want to do something good,” he said. “But you can be sincere and you can be sincerely deluded in what you want to do, and they have been groomed to think a particular way.”