‘Give us more police officers or lose control of the streets’, warns Terry Spence

Home / News / ‘Give us more police officers or lose control of the streets’, warns Terry Spence 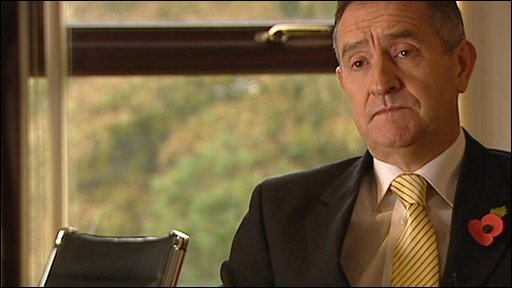 Police could lose control of the streets if PSNI officer numbers are not urgently increased, the police federation has claimed.

In a stern warning to George Hamilton as he takes over as head of the PSNI, the Police Federation – which represents rank and file officers – said Northern Ireland is on the verge of becoming a 'lawless society' because of decreasing police resources.

And with further cuts to the police budget anticipated, Federation chairman Terry Spence said the organisation will soon be “stretched beyond its limits.”

“If they are not going to give us those resources, then we will be stretched to the point where I am fearful that we will not be able to control our streets.”

Police officer numbers in Northern Ireland have decreased by almost 50% in just over a decade to around 6,700. The Patten report recommended that the PSNI has an establishment of 7,500 officers in a peace time environment.

With the terrorist threat at severe, Mr Spence said the Treasury can no longer ignore the dangers a reduced police force posed to both officers and the public.

“The paramilitaries haven't gone away. In fact, they have probably got stronger in recent times,” said Mr Spence. He added that the decommissioning of weapons “did not happen in the way in which we all believed” and warned that “the weapons out there are plentiful”.

“Then we are moving into a lawless type society where paramilitaries will take control of the streets.

“That is what we are facing unless the Government faces up to their responsibilities and gives us the resources that we need. We are stretched to the limit at this point.”