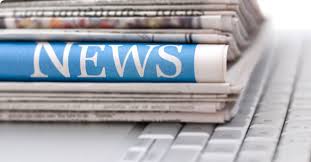 The past month has, very sadly and unexpectedly, seen the passing of Chief Constable Alf Hitchcock.

The reaction to his passing within the police community and on social media, is testament to the esteem he is held in, and everyone at the DPF extends their heartfelt condolences to his family.

The national news has, inevitably, been dominated by the aftermath of the General Election. The Conservatives have now reached and signed a formal agreement with the Democratic Unionist Party. As members will be aware, this is a ‘confidence and supply’ arrangement rather than a formal coalition similar to the Tories and Liberal Democrats in 2010. The deal, which involved significant financial commitments to Northern Ireland, ensured the Conservatives were able to pass the Queen’s Speech. MPs are now back in Westminster, albeit both Houses of Parliament will rise for summer recess on 20 July.

In terms of how the deal with the DUP effects the MDP and Federation members, there will be increased pressure on the government to maintain (and where possible increase) defence spending. The failure of Theresa May to win a majority has also seen Downing Street under pressure on a number of issues, including the public sector pay cap. The Prime Minister is likely to face further pressure on this and other issues from across the political spectrum in the coming months – a sign of her diminished parliamentary authority since the election.

The past month also saw the maiden voyage of HMS Queen Elizabeth, prompting questions from a range of commentators over the way in which the defence budget is being spent and the usefulness of major projects such as the aircraft carriers. The DPF participated in this debate – details of which can be found below – highlighting the importance of robust security for such substantial assets and financial investments.

June also saw the DPF’s annual conference take place just outside London. While the General Election taking place the week before meant it was not possible for a minister to attend, the event was used to robustly make the case for importance of the MDP and dangers in ‘re-setting’ the size of the Force. Details of media coverage secured during the conference can also be found below.

Following the election and with the return of MPs to Westminster, the DPF has spent much of the past month contacting existing supporters and newly elected MPs to brief them on the role of the MDP and highlight serious concerns over the potential for a Force ‘re-set’ of its complement strength.

The Federation has consistently argued that such a move would adversely impact national security and public safety; while also setting a dangerous precedent in prioritising cost over the safety of MoD establishments, assets and personnel.

As part of our outreach, we have contacted the new MoD minister with responsibility for the MDP, Rt Hon Tobias Ellwood MP, to request an urgent meeting. We have also briefed Shadow Defence Secretary Nia Griffith, and longstanding supporters including Dr Julian Lewis and Madeleine Moon – the latter highlighting the dangers of an MDP ‘re-set’ in the parliamentary debate on the Queen’s Speech.

We are currently contacting additional parliamentary supporters, including senior members of the House of Lords who have held very senior positions in the MoD and Armed Forces; and are confirming a time to meet with the newly appointed defence spokesman for the SNP, Stewart McDonald MP.

With Parliament rising for recess on 20 July, we are working to confirm as many face-to-face briefings as possible before the summer, but are also contacting relevant parliamentarians in writing with the request they table questions and write to the Secretary of State to express concern over the Force ‘re-set.’ We will of course continue to keep members updated on progress.

The focus of our activity during the past month has been to highlight National Chairman Eamon Keating’s keynote speech to the DPF annual conference; and to highlight deep concerns at the dangers posed by resetting the size of the MDP workforce.

The speech was reported widely, and covered by The Times, The Guardian, The Metro, Daily Express, Daily Mirror, Sky News and Police Professional amongst others. Eamon Keating was also interviewed for the BBC Radio 5 Live breakfast programme.

The various articles regarding conference can be accessed via the links below. With apologies to members, the content in The Times is behind the newspaper’s subscription wall and we are unable to share the text of the article because of copyright regulations.

Since the annual conference we have also submitted a comment article from Eamon to Police Oracle that can be accessed via the link below – and have been invited to submit a similar article to Defence Business magazine.

As noted above, the Federation also responded to commentary on the launch of the new aircraft carrier HMS Queen Elizabeth, with Eamon having a letter published in The Times that highlighted the dangers of reducing the MDP workforce after more than a decade of cuts.

The letter can be accessed via the link below by members with a subscription to The Times. Again, we apologise for not being able to circulate the full content due to copyright regulations.

We will be working to maintain pressure on ministers over the Force ‘re-set’ via the media over the coming weeks. This will include briefings with defence correspondent contacts and submitting content to Defence Business magazine.

As ever, we would like to take the opportunity to remind members that any communication with their local MP or other local representatives is subject to MDP regulations.