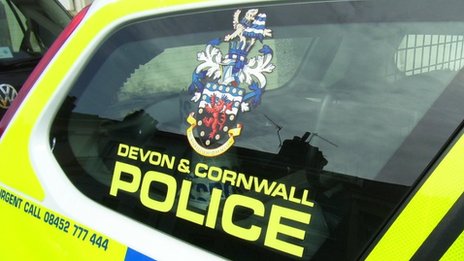 A “dramatic rise” in stress-related sickness in Devon and Cornwall Police has coincided with cuts of almost 500 officers, the force's police federation has said.

Sickness levels have remained “fairly stable”, but, anxiety and depression have risen since 2012, it added. Its figures showed more than 700 days were lost to post-traumatic stress. The force said life outside work was to blame and the figures “did not reflect the overall trend”.

Nigel Rabbitts, chair of Devon and Cornwall Police Federation, which represents rank and file officers, said: “Our concern is that there has been a dramatic rise in some of the stress-related psychological disorders which coincides with the reduction in numbers.

“This needs further investigation and early intervention to protect officers and mitigate the cause and effect.” He said an operational shake-up and compulsory retirement over the past five years could also be behind the rise.

In a Freedom of Information request to Devon and Cornwall Police, it said at the end of March it had 2,851 full-time serving police officers, compared to 3,339 in March 2010.

However, if part-time officers and those seconded out of the force or on a career break were included, it would have 420 fewer officers, rather than almost 500, the force said.

The force has been cutting the number of officers because of spending shortfalls and savings plans. Despite the fall in officers, the number of reported crimes that have ended in a conviction, caution, penalty notice or restorative justice, has stayed between 34% and 37% since April 2011.

Mr Rabbitts said: “With 500 less officers, the resilience within the system has gone. “In the end, long-term sickness only builds further pressure on those still on the frontline.” Devon and Cornwall Police said the federation's figures did not include “a number of sub categories so did not truly reflect the overall trend”.

“We monitor absence closely and we know from staff feedback and our providers, who deliver counselling support to staff, that the underlying reasons for psychological disorders are principally personal issues relating to relationships and factors outside the workplace.

“The evidence points to work having a positive impact on health and wellbeing. “Therefore when staff report psychological illness our priority is to support them to remain at work or to return to work as early as possible.”