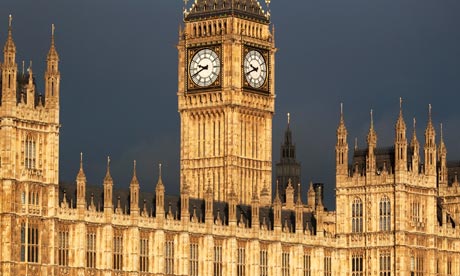 This week’s UK defence news has continued to be dominated by events in Iraq and Syria. Amidst increasing pressure for a recall of parliament, Prime Minister David Cameron has written an article outlining the need to tackle what he refers to as “a battle against a poisonous ideology”.

Following the release of a video of the execution of a US journalist by an Islamic State fighter, who appeared to have a British accent, the Prime Minister returned to London to chair a series of meetings on the crisis.

In other news, the main elements of Syria's declared chemical weapons stockpile has been successfully destroyed aboard a US ship in the Mediterranean. It emerged that the RAF may deploy three Tornado aircraft to Nigeria in a surveillance role. BAE Systems began delivering details of its bid to build the new Type 26 frigates ahead of a decision on placing an order for the ships, which is expected by the end of the year. Finally, a dozen newly-qualified Ministry of Defence Police officers have completed the first initial firearms officer course, which was held at Fort Blockhouse in Gosport.

·      Independent Scotland 'would not be guaranteed place in NATO'

·      Call for defence budget to be ring-fenced

·      Figures regarding fraud in the Armed Forces released

The Guardian reports that nearly 10,000 police officers are being drafted in to cover next month's NATO summit in Wales. The number of police officers involved in protecting the two-day event, based at the Celtic Manor resort outside Newport and attended by 67 heads of state, equates to almost eight per cent of the police strength in England and Wales. Assistant Chief Constable Chris Armitt, who has been seconded to Gwent police from Merseyside police to oversee an operation that he has been planning for months, said on Tuesday that protests were anticipated, including “challenging” circumstances in the form of protesters attempting to reach the summit. Armitt also said the number of heads of state and foreign secretaries, who must receive armed protection under terms in the Vienna convention, meant this was “uncharted territory for UK policing”.

Of the 9,500 officers being drafted in, 1,500 will be from Gwent and South Wales police and a number will come from Wiltshire, Avon & Somerset and Gloucestershire, which fall under the operational footprint. However, 43 other forces in England and Wales, Police Scotland, the Police Service of Northern Ireland, British Transport Police, Ministry of Defence Police, Civil Nuclear Constabulary and officers from the Channel Islands, are joining the operation.

Independent Scotland 'would not be guaranteed place in NATO'

The Times reports that outgoing NATO Secretary General Anders Fogh Rasmussen has said that any decision on accepting a new country into NATO had to be unanimous among all 28 member states. “I am not going to interfere at all with a campaign leading up to the referendum in Scotland, but I can inform you about procedures and the facts,” Mr Rasmussen told The Times. “In [the] case that Scotland voted in favour of independence then Scotland would have to apply for membership of NATO as a new independent state,” he said. Mr Rasmussen added: “A decision on accession would have to be taken by unanimity, by consensus as always in NATO.”

Any country in Europe seeking to join the military alliance, formed in 1949, has to be invited to do so by all member states. This process can happen smoothly, but each NATO member is allowed to create a condition that could block accession. “Some aspiring countries have waited for many years,” Mr Rasmussen said. “Others enjoy a very short procedure depending on how close they are to fulfilling the necessary criteria.”

The BBC has reported that with the completion of a section of the second Queen Elizabeth-class aircraft carrier HMS Prince of Wales, BAE is ending its shipbuilding operations at its yard in Portsmouth. BAE Systems announced last year that 940 posts and 170 agency staff would go. It said the cuts were necessary because of a drop in work after the aircraft carriers were finished. The Portsmouth shipyard will be handed back to the Ministry of Defence by the end of the year. A number of companies have expressed an interest in using it.

Call for defence budget to be ring-fenced

The Financial Times reports that defence experts and former service commanders have written an open letter to Prime Minister David Cameron calling for a ring-fencing of defence spending for the full five years of the next parliament. The letter comes two weeks ahead of the NATO summit in Wales, during which it is expected that NATO leaders will attempt to push more members to meet the organisation’s target of spending two per cent of GDP on defence. Whilst Britain is currently one of only three member states to meet this target, evidence suggests that under current plans, UK defence spending will fall below two per cent of GDP in the next parliament.

The Daily Telegraph reports that the Royal Navy is taking steps to tackle binge drinking after the shooting of a commander on a nuclear powered submarine by a drunken colleague. The move follows a letter to the MoD from Coroner Keith Wiseman, who led the inquiry into the death of Lt Cdr Ian Molyneux in January 2013. Mr Wiseman raised concern about a “culture of excessive drinking” in the Navy following Lt Cdr Molyneux’s shooting by Able Seaman Ryan Donovan on nuclear submarine HMS Astute, which was docked in Southampton in April 2011. Donovan, from Dartford in Kent, was seen “extremely intoxicated” during the night before his shift, and was in charge of a rifle from 12:00 BST. The hearing heard that Donovan had drunk 20 pints of cider and lager, cocktails and double vodkas in the 48 hours before he was put on a guard duty with the SA80 rifle.

The Independent reports that San Francisco-based Bechtel and Denver’s CH2M Hill have been awarded the programme management contracts for the Bristol-based Defence Equipment and Support (DE&S). Bechtel will look after the Royal Navy and RAF, while CH2M Hill will work with DE&S on Army and joint-command projects. Detailed negotiations start next week and these talks will be important as the roles are widely considered to be vaguely defined. Industry insiders estimate that they will need 150 to 200 staff, with sources saying that around half of these experts will be flown in from the US. This would cost around £5m more than just using British staff, with the remuneration including food and accommodation expenses.  An industry insider said: “Two US firms running this is not the ideal option – that’s what worries me the most. They don’t have the indigenous capability.” A spokesman for the Public and Commercial Services Union said: “We are very concerned indeed that there isn’t the skills base in the UK to make this happen. We’ve asked again and again for a guaranteed skills transfer to the existing workforce.”

Separately, the reforms also involve the private sector taking over DE&S’s human resources department. It is understood that all of the Big Four accountancy firms bid for this role and that PwC has landed the contract.

Figures regarding fraud in the Armed Forces released

In response to a Freedom of Information request, the MoD has released details regarding Rates of convictions in the armed forces for fraud for the last six years.

The Daily Telegraph reports that the number of trained Army Reservists fell from 19,400 in April to 19,290 in July, even as the MoD tries to swell their ranks to 30,000 by 2019. The figures also show the Army is short of 5,380 regulars, after four waves of job cuts and warnings that too many troops are choosing to quit the Army.