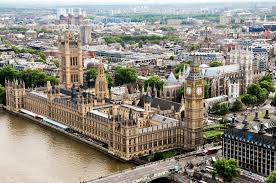 This week’s main UK defence news has centred on developments concerning the security challenges that Britain faces in both the Middle East and Eastern Europe. In the aftermath of the Islamic State’s execution by burning of a captured Jordanian pilot, the House of Commons Defence Select Committee published a report that concluded that the UK's role in fighting the movement’s extremists was “strikingly modest”, and recommended that it should be stepped up. The Committee suggested that Britain could enhance its contribution to the air campaign, and deploy additional Special Forces. In addition, the Committee also called on the UK to respond to Iraqi requests for more training, for example to counter Improvised Explosive Devices (IEDs) and to help restructure the Iraqi Kurdish forces who are taking on Islamic State fighters.

Meanwhile in Eastern Europe, as efforts continue to find a diplomatic solution to the crisis in Ukraine, the UK has committed to supporting broader NATO efforts to enhance defence provisions. Key to this will be the establishment of a new 5,000 strong, “Very High Readiness Joint Task Force”, with its lead units able to deploy at two days' notice. Leadership of the brigade-size land force will rotate among Britain, France, Germany, Italy, Poland and Spain. Backed by air, sea and Special Forces units, its capability will be gradually increased until it’s declared fully operational in 2017. In addition, it has been announced that four RAF fighters will be deployed to Estonia from May to August this year in order to support air defence efforts for the Baltic States.

·       Strategy for combatting alcohol abuse in the Armed Forces critisised

The Guardian reports that Steve White, who chairs the Police Federation, has said the availability of Tasers needs to be expanded because of evidence of terrorists’ plans to kill traditionally unarmed officers. In an interview with The Guardian, White said: “The terrorist ideal to get attention no longer relies on an attack being in a place of note. It could be in Cheam high street, in any town, in any part of the UK. We know there are more dangerous people out there, preparing to attack police officers and we need to be able to respond to that threat.” Police Federation leaders will vote this month on a proposal that every uniformed frontline officer should be offered training in the use of Tasers.

£100m to be invested in Portsmouth naval base

Naval Technology reports that the Government has confirmed plans to invest £100m in new dock facilities at Portsmouth Naval Base, in a bid to ensure it is ready to serve the future Queen Elizabeth-class aircraft carriers. In addition to developing the port infrastructure, the investment will involve berthing and jetty improvements, along with new power supply and distribution capabilities. The investment will also go towards vital dredging in the approach to the harbour. Chancellor of the Exchequer George Osborne said: “Ensuring a better and more secure future for Britain means equipping our Royal Navy for the challenges of the 21st century.” The announcement follows uncertainty after BAE confirmed plans to close its shipbuilding facility in Portsmouth in November 2013. In addition, as part of the development of a national shipbuilding strategy, the Chancellor said that he has asked for a new plan to be studied that would see British industry build a new complex warship every two years.

The announcement by the Chancellor of a study into the potential for a long-term construction programme that would deliver a ‘new complex warship every two years’ is ominous. The Royal Navy currently has twenty-three surface ships in that category, but a build cycle of that rate would – at best – only be able to support a fleet of around eighteen ships, which perhaps gives some indication of the scale of the cuts to the fleet being considered as part of SDSR 2015.

The Times reports that Government officials have admitted that President Obama pressed David Cameron not to cut Britain’s defence budget during private talks last month, as the clamour for a Conservative manifesto commitment to keep defence spending at two per cent of GDP grows. Mr Cameron has so far refused to add defence to the list of areas protected from austerity cuts in the Conservative manifesto, which includes overseas aid and the NHS. He said early last month that it would depend on “what happens with the economy.” President Obama raised the issue directly during two days of talks with Mr Cameron at the White House the following week. Mr Obama said that Britain was vital to keep pressure on NATO countries spending below the two per cent benchmark. The UK is just one of four of the Alliance’s 28 members that have met the long-standing target in recent years. Under current plans, however, the defence budget could slip below the benchmark in the next financial year.

In addition to Obama’s intervention, this week has seen The Times publish a letter signed by Labour’s former Defence Secretary Bob Ainsworth MP, former Conservative Defence Minister Sir Peter Luff MP, and other senior MPs, calling for a cross-party consensus to maintain spending at above two per cent. Peter Luff MP has also tabled an Early Day Motions in Parliament, calling for defence spending to remain above the two per cent of GDP threshold.

In a linked development to the above, The Daily Telegraph has carried an analysis of the current situation regarding the UK defence budget written by Prof Michael Clarke, Director-General of the Royal United Services Institute (RUSI). Describing the situation as “a slow-motion train crash”, Prof Clarke says that whilst the aim of spending two percent of GDP on defence had its flaws, it both provides an example to other European countries, reassures the US of the UK’s commitment to NATO, and holds out the possibility of defence spending increasing as the economy grows. However, he is extremely pessimistic that the UK will maintain such a level of spending, and forecasts that defence expenditure will fall below two per cent of GDP as soon as the next financial year.

The Daily Express reports that sources within the MoD have told the newspaper that one of the two TU-95 “Bear” bombers, which were intercepted over the English Channel by the RAF last week, was carrying at least one air-launched missile fitted with a nuclear warhead designed to be capable of seeking and destroying a Trident-carrying Vanguard-class submarine. Both Prime Minister David Cameron MP and Defence Secretary Michael Fallon MP were allegedly alerted after cockpit conversations confirming the bomber’s nuclear payload were intercepted by a Norwegian military listening post, and shared with the MoD. The supposed missile was apparently not armed, and the aircraft's crew would have required a direct order from President Putin before making it live. Last Friday, Russia’s ambassador in London, Alexander Yakovenko, was summoned to account for the incident, which some experts suggest was deliberately timed to coincide with the launch of the official inquiry into the murder of Russian dissident Alexander Litvinenko.

The Guardian reports that the British Army is creating a special force of ‘Facebook warriors’, skilled in psychological operations and use of social media, to engage in unconventional warfare in the information age. The 77th Brigade, to be based in Hermitage, near Newbury in Berkshire, will be about 1,500-strong and formed of units drawn from across the Army. It will formally come into being in April. The brigade will be responsible for what is described as non-lethal warfare. Both the Israeli and US Army already engage heavily in psychological operations. Against a background of 24-hour news, smartphones and social media – such as Facebook and Twitter – the force will attempt to control the narrative. The 77th will include regulars and reservists and recruitment of additional personnel will begin in the spring. Soldiers with journalism skills and familiarity with social media are among those being sought.

The Daily Telegraph reports that annual figures released by the Independent Police Complaints Commission (IPCC) showed a 15 per cent increase in complaints against the police on the previous year, taking the total number of complaints registered to almost 35,000. All but six of the forces in England and Wales recorded an increase in the number of complaints, with some seeing their figures almost double in just 12 months. The figures mean complaints against the police are now at their highest level since the system was reformed in 2004, and have more than doubled in less than a decade. While improvements in the complaints system account for some of the rise, the figures will be seen as further confirmation that public trust in the police is low.

Strategy for combatting alcohol abuse in the Armed Forces criticised

The BBC reports that a leading psychiatrist has claimed that the Government's strategy for combating alcohol abuse in the Armed Forces is ineffective. Prof Neil Greenberg, lead on military health at the Royal College of Psychiatrists, said: “For many years, the military have relied heavily on alcohol education, so for instance soldiers would have to have a brief every year that tells them drinking is bad for them. The problem is we know that alcohol education doesn't really work at all”. The Commons Defence Select Committee recently wrote that the Government's strategy had not made any noticeable impact on the high levels of excessive drinking in the Armed Forces. Prof Greenberg added that the military could be encouraging excessive drinking by having customary practices that involve alcohol.