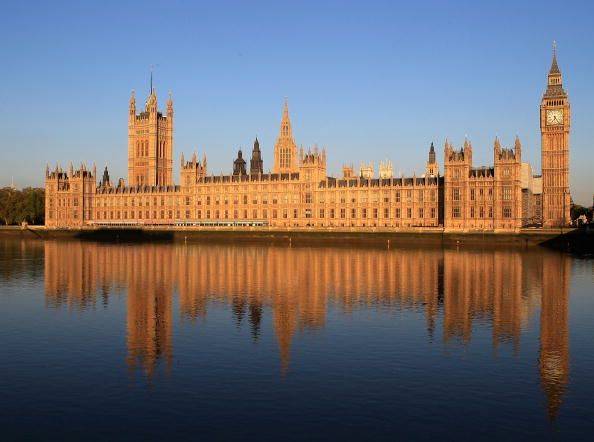 This week’s main UK defence news has centred upon the continuing defence spending debate. Following the publication of a joint letter last week, the Daily Telegraph reports that former Conservative Defence Minister Sir Peter Luff and former Labour Defence Secretary Bob Ainsworth have issued a further plea in the newspaper for the Government to sustain current levels of defence spending. The pair are among nearly thirty MPs on both sides of the Commons who have signed up to a motion demanding the Government maintain its NATO pledge to spend two per cent of GDP on the Armed Forces. The intervention of two senior former ministers came as the Chancellor, George Osborne, refused to commit to meeting the target, despite Britain lecturing allies to increase military budgets at last year’s NATO summit in Wales.

Meanwhile, The Financial Times reports that the International Institute for Strategic Studies (IISS) has said, in its annual assessment of international defence policy, that the UK’s military combat capability has been reduced by up to 30 per cent as a consequence of the 2010 defence cuts. Britain has reduced defence spending by eight per cent in real terms during the current parliament which, the organisation claimed, has led to a 20-30 per cent reduction in military combat capabilities.

·       Questions concerning MDP pensions answered in the House of Commons

·       Police Federation votes for all officers to be offered Tasers

Questions concerning MDP pensions answered in the House of Commons

In response to Mrs Moon’s question regarding whether discussions between the MoD and the Cabinet Office on MDP pension arrangements have concluded, Ms Soubry said that the issue was a complex matter which raised a number of cross-departmental issues, and that MoD discussions with both the Cabinet Office and the Treasury were ongoing.

In response to Mrs Moon’s question, asking if the MoD planned to conclude the discussions over MDP pensions by 30 March (the new civil service pension scheme comes into force on 1 April), Ms Soubry said that she recognised the importance of this issue to the Defence Police community, and was seeking to resolve it as soon as possible.

These questions were submitted by Mrs Moon as a consequence of the DPF’s briefing of the Defence Select Committee, of which she is a member, on the pensions issue. As with prior similar questions we have submitted regarding the issue, these answers provide little insight into when the MoD anticipates the issue will be resolved. However, the continued tabling of parliamentary questions by the likes of Mrs Moon is important in maintaining pressure on the Government for the pensions issue to be concluded as a matter of urgency.

Police Federation votes for all officers to be offered Tasers

The Guardian reports that the Police Federation of England and Wales has voted for all frontline uniformed officers to be offered a Taser to provide protection from terrorists. The vote puts pressure on senior police officers, some of whom have voiced their opposition, and the Home Office. The interim national board of the Police Federation voted unanimously for the radical change. It comes after the threat level of terrorist attack for police officers was raised last month to “severe”, meaning an attempt to kill a police officer by terrorists is assessed as being highly likely. Critics say issuing Tasers to every uniformed frontline officer would change the face of British policing, and that the plans would put the public at risk from having the stun guns fired at them. Some police chiefs are also opposed, particularly with regards to the cost of issuing Tasers to every officer, and training them, which could run to tens of millions of pounds.

Meanwhile, the Evening Standard reports that Met Commissioner Sir Bernard Hogan-Howe has said that more police officers armed with Tasers are being deployed on the streets of London to meet the threat of a terrorist attacks. At present, four officers armed with Taser stun guns patrol in two cars in each borough to counter threats from criminals armed with knives. In future, an extra hundred or so Taser officers could be on duty at any one time, he said. However, Sir Bernard rejected calls from the Police Federation stating that that all frontline officers should be armed with the weapon.

The Daily Telegraph reports that an RAF gunner who shot a comrade through the stomach while demonstrating a “party trick” with his pistol has been jailed for three years. Senior Aircraftman Liam Gadsby was in the back of a Mastiff armoured troop carrier in Afghanistan when he fired the Glock pistol at Senior Aircraftman Jay Johnson. Gadsby had previously boasted to colleagues that he could pull the trigger on a loaded pistol without a bullet being fired. A court martial heard Johnson was left with serious injuries, but was initially reluctant to report the accident for fear it would open the RAF to mockery from the Army. Gadsby, of the RAF Regiment, was jailed for three years and dismissed from Her Majesty's service after being found guilty of malicious wounding by an RAF panel at Colchester Military Court.

The Guardian reports that a court has heard that an MoD official was being paid close to the “national average wage” by The Sun for tip offs about incidents in the Army. The chief reporter of the paper John Kay, 71, is on trial over his contact with Bettina Jordan-Barber, who received £100,000 over eight years from the paper. During cross-examination in the Old Bailey trial, he confirmed that she was paid £5,000 for a tip off about a frenzied attack on a “gallant” soldier who had been awarded the Victoria Cross. Kay was asked if the paper would make such cash payments to an “ordinary civilian” who rings the paper with a story. “It’s just like a car factory needs steel to make cars, we need information to make newspapers,” he replied.

The MoD has announced that Nicola Williams has been appointed as the new Service Complaints Commissioner for the Armed Forces. Ms Williams succeeds Dr Susan Atkins, who had carried out the role since 2008. As Commissioner, Ms Williams will provide an alternative point of contact for service personnel and others (such as family members or friends) who, for whatever reason, do not have the confidence or are not able to raise allegations of bullying, harassment, discrimination or other improper behaviour directly with the chain of command. Ms Williams will have the power to refer these cases to the chain of command for action and be notified of the outcome. She will also provide independent assurance on the fairness, effectiveness and efficiency of the service complaints system to the Defence Secretary by way of an annual report which is laid before Parliament.