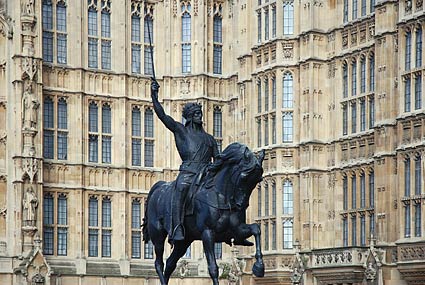 This week’s main UK defence news has been the publication of a report by the Defence Select Committee which concluded that Britain is only able to claim it is spending two per cent of GDP on defence (the NATO target for defence spending by member states) as a result of what could be perceived to be “creative accounting”. The Independent reports that the Committee said the inclusion of items such as more than £1 billion of pension payments was the only means by which the Government was able to meet Chancellor George Osborne’s pledge to abide by the target announced in last year's summer Budget. While the changes were in line with NATO guidelines, the Committee warned that this “redefinition” to some extent undermined the Government's claims that the two per cent figure represented a significant increase in defence spending. The Committee also called on ministers to explain how they would continue to meet the two per cent target for the rest of the parliament given the pressures from pay and fact that this year's spending total included a number of one-off items, which would not be repeated in future years.

In response, the MoD stated that “The Committee’s own report confirms that all UK spending on defence including intelligence, cyber and war pensions falls firmly within NATO’s guidelines…Our plans will deliver more ships, more planes, more troops at readiness, better equipment for special forces, and more on cyber to help keep Britain safe.”

That the UK is now only reaching the two per cent NATO target by changing the way in which spending is measured has long been assumed. However, the Committee has also highlighted that it remains uncertain how even spending levels under this new definition will be sustained until 2020.

Scottish Labour manifesto to oppose the renewal of Trident

Questions on the MDP answered in the House of Commons

No vote for MPs on deployment of troops to Libya

Scottish Labour manifesto to oppose the renewal of Trident

The Daily Telegraph reports that Scottish Labour leader Kezia Dugdale has said that Scottish Labour’s manifesto for next month’s Holyrood election will promise to oppose the renewal of Trident, despite the UK party having supported keeping Britain’s nuclear deterrent. Ms Dugdale said the document, being unveiled next week, would reflect an overwhelming but purely symbolic vote at the Party’s autumn conference in Perth last year to scrap Trident. She insisted there would be “lots of details” about how the Party would find alternative jobs for workers at the Faslane naval base on the Clyde where the deterrent is based. But the SNP and the Conservatives attacked the manifesto as a “complete and utter shambles” and “bizarre” given Ms Dugdale’s personal support for Trident.

In contrast to Scottish Labour, the UK party faces the opposite problem: Jeremy Corbyn wants to scrap the deterrent but is struggling to convince the party itself, the official stance of which is to support renewal pending a review being conducted by Emily Thornberry, the Shadow Defence Secretary.

The decision by the Scottish Labour Party is significant, but the Federation’s messaging in communicating with the Labour Party – as has been the case with the SNP – is that as long as there is a nuclear deterrent, it must be properly secured and protected, a role the MDP is ideally trained to carry out.

Questions on the MDP answered in the House of Commons

This week has seen four questions tabled by Labour Shadow Defence Secretary Emily Thornberry, which concerned the MDP answered in the House of Commons.

Ms Thornberry’s first question asked what the total (a) budget for and (b) full-time equivalent workforce of the MDP was in each of the last six years. In response, Defence Minister Mark Lancaster – who has responsibility for the

Ms Thornberry’s second question asked how many MDP officers were deployed to support civilian police forces in each of the last six years. Mr Lancaster said the MDP has regularly collaborated to provide support to national police operations, but that the information requested will take time to collate and that he would write to Ms Thornberry with further details.

In reply to Ms Thornberry’s third question inquiring as to how many MDP stations there were in each of the last six years, the Defence Minister said that the MDP do not have any designated police stations as defined by the Police and Criminal Evidence Act 1984.

The DPF will be meeting with Ms Thornberry next week to brief her on the challenges facing the MDP both in the aftermath of the SDSR and with regards to long-running issues including pensions provisions. It is vital the Labour defence team is kept appropriately informed, as it is a crucial actor in holding the MoD to account for its actions.

Additionally, this weeks has seen a question concerning the MDP from Dr Paul Monaghan (Caithness, Sutherland and Easter Ross) (SNP) answered. In response to Dr Monaghan’s inquiry as to whether the Government plans to establish an Infrastructure Police Force to replace the Civil Nuclear Constabulary, British Transport Police and MDP, Home Office Minister Mike Penning said that the SDSR made a commitment to review infrastructure policing options, and that a review is underway.

The review into the future of infrastructure policing is due to be published this July. The National Chairman arranged a meeting this week with the Home Office, including the Federations for the BTP and CNC. Further updates will be forthcoming in the next few weeks as this moves forward.

No vote for MPs on deployment of troops to Libya

The Daily Telegraph reports that the Foreign Secretary has said Britain is prepared to send troops to Libya to bolster the country against Islamic State without asking for Parliament’s permission. Philip Hammond said MPs need not be given a vote, as they were for air strikes in Iraq and Syria, because British troops would be deployed on a training rather than combat mission. Defence chiefs are considering offering as many as 1,000 troops as part of an international effort to train the police and army of the fledgling Tripoli government.

The BBC reports that two former Army corporals have been cleared of raping a female colleague at a barracks in Germany. Jeremy Jones and Thomas Fulton, both 28, denied raping Cpl Anne-Marie Ellement, from Bournemouth, in 2009. The men both insisted the sex with Ms Ellement, who died in 2011, was consensual. A seven-strong panel at the military tribunal in Bulford Court Martial Centre, Wiltshire, found the pair not guilty after an eight-day trial. However, following the verdicts, Judge Jeff Blackett told the defendants their conduct towards Cpl Ellement had been “disgraceful”.

Cpl Ellement took her own life aged 30 at Bulford Barracks, near Salisbury, Wiltshire on 9 October 2011.

The Sunday Times reports that a black ex-soldier is suing the MoD for up to £200,000 after claiming it “failed to take into account his ethnicity” when he was exposed to freezing temperatures during a training exercise in Canada. Abdoulie Bojang, who served with the Royal Logistic Corps, says he suffered career-ending hand injuries after being exposed to -30C temperatures during the ski training session codenamed Exercise Frozen Fun in 2014. He was medically discharged from the Army last September. He is one of hundreds of black soldiers – mostly from Commonwealth countries – who have sued the MoD in recent years after suffering injuries from the cold.

The Daily Telegraph reports that a Conservative former minister has said that Royal Navy sailors have been banned from taking photos and using social media to criticise the canteen food they are served. Tim Loughton, Conservative MP for East Worthing and Shoreham, said the volume of complaints was so high, sailors had been banned from online criticism. During questioning in the House of Commons, he asked Defence Minister Mark Lancaster, “Are you aware that the standard of food for the military at HMS Sultan and other similar naval establishments has become the source of such complaints that service personnel have been banned from taking photographs and using social media to critique it?” In response, the Minister said, “Personally I've not experienced a poor standard of food, however, the normal process is for there to be a complaint via the chain of command although I'm more than happy to look into the matter for my honorable friend.”