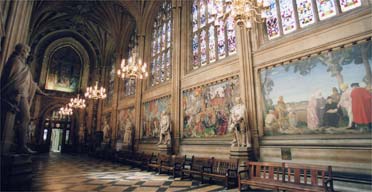 The main news this week has been the conviction of a man caught smuggling an explosive device into Manchester Airport. The Guardian reports that Nadeem Muhammad, 43, was found guilty of possessing explosives with intent to endanger life or property after a pipe bomb was found in his hand luggage.

Initially, when the pipe bomb was found, Muhammad was questioned, but ultimately allowed to travel on, as security officials at Manchester Airport had at first not believed the bomb was viable. But a forensic examination of the device found that it contained nitroglycerin and nitrocellulose, which led to Muhammad's home in Italy being searched. He was subsequently arrested by Italian police, and again released and boarded a flight back to the UK on 12 February. He was arrested by UK officers shortly after it landed. Investigators have found no evidence tying him to extremism, meaning that he was tried under the Explosives Act, not the Terrorism Act. Prosecutor Jonathan Sandiford told the jury when opening the case: “The crown has found no evidence of any particular motive. You may think terrorism is one of the possible and the most likely motive but it could be a desire to commit suicide or some other reason.”

After the verdict, ‎the Superintendent of Greater Manchester Police’s specialist operations unit said security procedures at the airport had been strengthened. “We accept that there were some errors with our assessment of the device on the day and we have already reviewed our practices, however, this incident has demonstrated the effectiveness of the airport security checks where the item was successfully detected and the passenger intercepted,” he said.

·       Prevent could be made compulsory, programme lead warns

The BBC reports that the Defence Secretary has confirmed the Royal Navy's new £3 billion aircraft carrier is expected to arrive in its home port within weeks. HMS Queen Elizabeth is due to sail into Portsmouth following extensive preparations at the naval base. The exact date is weather-dependent but is expected to be no later than 22nd August. The 65,000-tonne ship has been undergoing sea trials since setting sail from Rosyth dockyard in June.

Sir Michael Fallon said the 280m (900ft) long carrier would have a window for entering Portsmouth which would open on 17th August. “In just two weeks' time, the most powerful warship ever built for Britain's famous Royal Navy is set to sail into her proud new home in Portsmouth,” he said.

HMS Queen Elizabeth is one of two aircraft carriers that will eventually be based at HMNB Portsmouth. At a combined cost of £6.2 billion, these ships represent one of the largest ever UK defence investments. As such, it is vital the MDP retains a robust presence at Portsmouth, and that the protection of the carriers is not undermined for the comparatively minor cost savings that reducing the officer compliment would produce. We will ensure that this message is conveyed to MPs and peers through our parliamentary engagement, and to the public via our media briefings.

The Guardian reports that the Metropolitan Police Commissioner has defended the use of stop and search in tackling rising knife crime, and spoken of her determination to fight the perception that it is disproportionately used against black and Asian communities. Speaking to the BBC Asian Network, Cressida Dick said many frontline officers believed a decrease in stop and search was a contributory factor behind the recent rise in knife crime. Ms Dick said: “We have probably had a 20% increase [in knife crime in London] in the last year and that is not acceptable to me, so I am encouraging my officers to do stop and search as one of many things that will help to bring this number down.” Ms Dick said body-worn video cameras would help officers feel more confident about using stop and search and protect them against accusations of racism and unfairness.

Home Secretary Amber Rudd later endorsed Ms Dick’s comments. Writing in The Times, she conceded that stop and search had been badly used in the past. But she said there had been significant improvements in the use of the tactic since changes introduced by her predecessor as Home Secretary, Theresa May. However, she cautioned that returning to a wide and indiscriminate use of stop and search would be a backward step.

Prevent could be made compulsory, programme lead warns

The Guardian reports that the official scheme aiming to keep people from being lured by terrorist propaganda may be made compulsory, after a police chief revealed that children as young as five are being shown videos of people being beheaded by their families. Simon Cole, Chief Constable of Leicestershire police and police lead for the deradicalisation scheme Prevent, said police and government have been discussing if some people need to be forced to take part.

New figures released this week showed that the number of referrals to Prevent has doubled since the attacks on London and Manchester, reaching 200 in the last three months. “They have doubled from a relatively low base,” Mr Cole said, adding that police believed that additional people in danger of radicalisation were not being reported to them.

Mr Cole also hit out at those criticising Prevent, and was later supported in this stance by the Home Secretary. Writing in The Sun, Amber Rudd said that the programme was being “actively undermined” by those who accuse it of spying, noting that “Stopping people committing appalling acts of terror is something we should all want. It should go without saying”, and that “Prevent has made a significant impact in preventing people being drawn into terrorism and it is here to stay.”

Despite the controversy the scheme has attracted, it is clear that there is no appetite within the Government to substantially reformulate or abandon the Prevent programme.

The Daily Telegraph reports that the Defence Minister and former soldier responsible for the MDP has shared the “vivid memories” that haunt him after he tried to save the life of a policeman stabbed in the Westminster terrorist attack, as he told combat veterans not to “bottle up” their own emotions. Mr Ellwood tried in vain to save PC Keith Palmer's life by giving him mouth-to-mouth resuscitation and applied pressure on the wounds to stem the blood flow. “It's something I've deliberately not spoken about in public at all”, he said, as he urged war veterans to seek help for mental health issues.

He gave the interview as he launched a new six-year strategy to improve the mental health and wellbeing of the Armed Forces, veterans, and their families. The strategy includes periods of 'decompression' for service personnel after combat operations and new 'learning packages' for NHS GPs on veteran health issues.

The BBC reports that a police officer who used his force helicopter to film people having sex has been jailed. “Team deviant” Adrian Pogmore admitted four charges of misconduct in a public office and was jailed for a year. Two other officers and two pilots were cleared of misconduct following a three-week trial at Sheffield Crown Court.

Sentencing him, Judge Peter Kelson QC told Pogmore: “You spied on and recorded these naked people from a height of 1,000ft”, adding “You quite literally considered yourself above the law.” The intrusive filming took place on four occasions between 2007 and 2012 when Pogmore was part of the South Yorkshire Police Air Support Unit.

The Sun reports that the RAF will be spending almost £8 million on centenary celebrations. The series of events, called RAF100, will be launched next month. Leaked documents show organisers have a budget of £7.68 million, despite reports that the MoD faces a £20 billion black hole in finances. The budget includes around £300,000 on a garden at next year’s Chelsea Flower Show. The two years of celebrations will also include banquets, flyovers, parades and military tattoos. A secret risk assessment conducted by organisers also says there is a high chance that the extra workload during “peak” activities will prove “unmanageable” at current staffing levels.

A defence source told the newspaper: “Of course the centenary of the RAF is a massive landmark which must be celebrated. But MoD coffers are empty and yet they are spending a bomb on flowers.” An RAF spokesman said: “The campaign is a unique opportunity to recognise the RAF’s achievements and inspire future generations.”