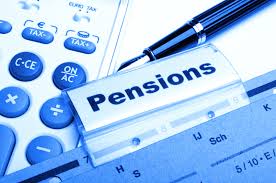 Members are advised that the Defence Police Federation have set up a [survey] to allow members to register for our group legal claims against the Government.

·      you are or were a member of the Classic, Classic Plus or Premium Section of the Principal Civil Service Pension Scheme and you were born on or after 1 April 1962; or

then this applies to you.

Members will be aware that the DPF has been lobbying ministers and other politicians for a more than four years regarding the new pension arrangements that apply to officers with effect from 1 April 2015. We have consistently argued that the physical demands on officers, who routinely carry in excess of 25kg of equipment for shifts of 12 hours, necessitate a retirement age in line with other uniformed services. Officers also have to pass demanding hearing and eyesight tests,  and whilst the DPF agrees with the necessity to have such tests, it does not believe that police officers will be able to pass if they are required to work until age 68 or more.

We managed to get an amendment made to the Public Service Pensions Act that would have allowed the Government to back down and give MDP officers a retirement age of 60, the same as the retirement age applicable to Home Office police officers, firefighters and the armed forces. Sadly, the Government did not take that opportunity.

We also pressed the Government to allow MDP officers to elect to have a retirement age of 60 and to pay additional member contributions to achieve that. Such an option has been made available to prison governors. The Government will not agree to that either.

We’re have therefore decided to take legal action with great reluctance, but ministers have left us little alternative.

What is most disappointing is that we have proposed solutions that would allow officers to retire at 60 without any additional cost to the public purse. It is bizarre that ministers have denied this compromise, which is in the best interests of the public, the MoD and officers’ long-term health and wellbeing.

We have taken advice from our solicitors and from experienced Queen's Counsel regarding the Government's decision-making process. We have presented our arguments why we think their decision is unlawful to the Government, with a view to commencing judicial review proceedings unless the Government can present a compelling case to explain why it thinks it appropriate that MDP officers should have a normal retirement age of 65 or more, and not 60.

If judicial review proceedings are commenced, they will be commenced in the name of the Defence Police Federation. There is no need for individual officers to take any action themselves.

The new pension arrangements discriminate against some younger members who are or were members of the Principal Civil Service Pension Scheme (PCSPS) and who have been or will be required to transfer to the new civil service pension scheme called alpha. That is because some older members are “fully-protected” which means that they will not have to transfer to alpha. Some younger members who were members of the PCSPS were required to transfer on 1 April 2015. Some members, who are up to three years and five months younger than the fully-protected group, have “tapered protection” which means that they will have to transfer, but the date of their transfer will vary according to their age.

These categories of fully-protected, taper-protected and unprotected members are defined entirely by reference to age, and they are therefore age-discriminatory. That is unlawful unless the discriminatory impact of these arrangements can be justified. Our solicitors and Queen's Counsel do not believe that they can be.

Full-protection members of the PCSPS are members who were within ten years or less of their PCSPS normal pension age on 1 April 2012. In other words:

·      If you are a member of the Classic, Classic Plus or Premium Section of the PCSPS, and you were born on or before 1 April 1962, you are fully-protected and will never have to transfer to alpha.

·      If you are a member of nuvos and you were born on or before 1 April 1967, you are fully-protected and will never have to transfer to alpha.

Taper-protected members of the PCSPS are members who are up to three years and five months younger than full-protection members. In other words:

Taper-protected members will have to transfer to alpha in due course. If you think you may be taper-protected, you can find your transfer date [here].

You can check your own State pension age [here].

The MoD has agreed to pay to allow members of alpha to choose an effective pension age of up to three years below their State pension age. That means that:

·      Members of the nuvos Section of the PCSPS will not see any immediate increase in their pension age when they join alpha. But if their State pension age increases above age 68, their alpha pension age will increase at the same time.

For this reason (amongst other, less important reasons), alpha is a much worse pension scheme than the Classic, Classic Plus or Premium Sections of the PCSPS. At the moment it is not significantly worse than nuvos, but it will become worse if, or more likely when, the State pension age increases.

What do you have to do?

As stated above, if a judicial review case can be pursued, it will be pursued in the name of the Federation. You do not have to take any action. We will keep you informed about the progress of the case.

If you want us to pursue a discrimination claim on your behalf you must let us know. Discrimination claims are dealt with by the Employment Tribunal, and must be made in the name of each individual officer who wants to make a claim.

The Federation will collect the required details for each member who wants to make a claim and then file all of the claims together. The issues will be determined by dealing with a test case, and there would be no need for anyone else to attend the Employment Tribunal.

If you want us to add your name to the list of Claimants, please complete the questionnaire which you will find [here]. The Federation needs to fix a deadline so that it can decide when to file claims, so if you intend to complete and submit the questionnaire, you must do so by 0900 on the 29th of August 2016.

Before doing so, please read the next important section.

Conditions on which the Federation grants legal assistance to members

Any legal assistance that the Federation gives for pursuing an Employment Tribunal claim is given at the discretion of the National Executive Committee. If it is given, it will normally be withdrawn in any case where:

·      A member fails to co-operate fully with the solicitor appointed by the Federation in providing information, attending appointments or otherwise, and as a result they cause the abandonment of the investigation, case preparation or litigation;

·      A member fails to follow the reasonable advice of the Federation solicitor and/or the National Executive Committee concerning the conduct of their case;

·      A member elects to appoint other solicitors in place of the Federation solicitors to take over the conduct of their case;

·      A member falls into arrears of contributions or ceases to be a member of the Federation; or

·      It is established that the case has been lost or has been abandoned as a result of false statements made by a member.

If you complete and submit the questionnaire it will be on the basis that you understand and certify that:

1. The Federation will decide whether to grant you legal assistance according to its rules.

2. If legal assistance is granted and a claim presented on your behalf, you request the Federation to nominate a solicitor to act on your behalf.

3. If legal assistance is withdrawn for one of the reasons listed above, you will not be entitled to any indemnity   for   costs incurred in the course of your case and the Federation will be entitled to recover from you any costs it has already incurred.

4. You have not already consulted other solicitors to deal with this matter;

5. That you will follow the Federation's appointed solicitor’s advice and instructions

6. That you will abide with any decision of the Federation's National Executive Committee regarding the conduct of your case.

If you are happy to proceed on that basis, then please complete the questionnaire and send it to us by clicking on “submit” at the end.