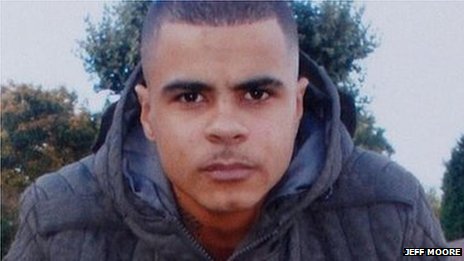 The IPCC said it would look into how “police responded to intelligence”.

It also promised to interview some “key witnesses” who had previously declined to speak and those whose accounts were “inconsistent with other evidence”.

Last week an inquest found Mr Duggan, 29, was lawfully killed by police in Tottenham, north London, in 2011. His death sparked riots in London that spread to other cities in England.

A statement from IPCC Deputy Chair, Rachel Cerfontyne, said: “Having assessed the evidence at inquest, there are initially a number of significant lines of enquiry which we are pursuing.

“These include following up concerns about the way the police responded to intelligence and seeking to interview some key witnesses who have so far declined to speak to or be interviewed by us or whose accounts are inconsistent with other evidence.

We know that the family's confidence in us and our investigation was damaged by mistakes made in the early stages – both in relation to inaccurate information we provided to the media, and the initial management of the incident.

“I would like again to record my sincere apology to them that on the evening that Mark was fatally shot by a police officer a member of our staff wrongly led the media to believe that he had fired at police officers. I fully understand the damaging impact of this.”

The watchdog said its post-incident management had come under criticism from the Duggan family as well as some experts. It said it would provide scene management training to its investigators and in future cases of deaths following police contact it would aim to take control of the scene “at the earliest possible stage”.

As problems can arise when “officers confer when writing up their notes following fatal incidents”, the watchdog said it would issue its own statutory guidance over “conferring and the separation of officers”, which officers would have to abide by.

Dame Anne Owers said the failure to co-operate of the officers who refused to be interviewed in person by the watchdog had delayed the investigation by about a year.

Deb Coles, from the charity Inquest, said: “I think the failure of police officers to agree to be interviewed is one of the most contentious issues following deaths in police custody.

“It's one that has caused serious concern and frustration among bereaved families.

“If you are a citizen you have the right to silence but an inference can be drawn from it, and you would be pursued. It wouldn't be the same for a police officer who fails to co-operate and just gets on with their life.”

Following the conclusion of the inquest into Mr Duggan's death, his family expressed surprise at the decision of the jury.

Speaking to the BBC his aunt Carole Duggan also criticised the IPCC's earlier investigation as “incompetent” and called for it to review the case.

She said: “No demonstrations, no more violence, we will have to fight this and go through the struggle peacefully to get justice.”

Mark Duggan was shot twice in Ferry Lane after specialist firearms officers stopped the minicab he was travelling in.

The inquest heard Mr Duggan was shot when officers at the scene believed he had a gun in his hand and believed him to be a threat.

But a witness who filmed the aftermath of the shooting from his flat told the court the dead man did not have a firearm in his hand but was holding a phone and even appeared to be surrendering when an officer opened fire.

Jurors concluded Mr Duggan did not have a gun when he was shot by officers.

But the jury said it was more likely than not that he had thrown a gun on to some nearby grass just before he was killed. The weapon was found about 20ft (6m) away from the scene.