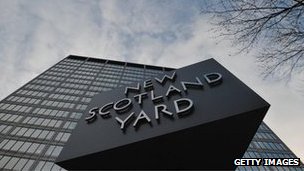 The 22-year-old was searched by one female and four males “without adequate justification”, the IPCC said.

The search was also in breach of rules which say such searches must be carried out by an officer of the same sex.

According to an IPCC inquiry, the woman's clothes were removed by force and she was left naked in a cell for half an hour. CCTV images of the search were broadcast to the police station's custody desk.

The incident took place at Chelsea police station in March 2011 and IPCC commissioner Derrick Campbell said the incident caused “a great deal of distress to the victim”.

He said: “I find it difficult to understand why police officers think they have the right to strip a young woman of all her clothes, leaving her naked for half an hour and then expose her to being filmed.

“I am sure, like the complainant, the public will want to understand how this was allowed to happen. I look forward to the misconduct process getting the answers that are needed.”

The woman complained about her treatment to the Metropolitan Police, which carried out its own investigation, but she was unhappy with the findings and took the matter to the IPCC.

The watchdog said that the woman was “intoxicated, distressed and running in and out of a road” when she was arrested outside the Supper Club nightclub.

Officers believed she was on drugs and might have illegal substances hidden in her clothing, the IPCC said.

The watchdog found that the police sergeant on duty should face a charge of gross misconduct for failing to make a written record of the strip-search or make sure that it was carried out in line with the rules.

It said five constables should face misconduct proceedings for breaching the guidelines for searches, while another two should face “management action”, an internal measure.

One is accused of potentially discouraging the woman from getting legal advice by implying that she would have to stay at the police station for longer if she did so.

It is claimed that the other officer failed to investigate her claim that her drink was spiked at the club.