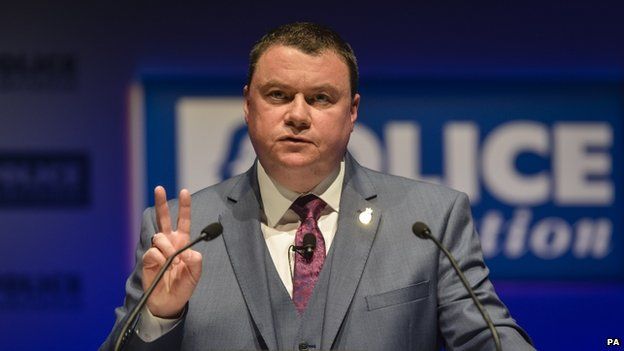 There is likely to be be a range of reactions from police forces around England and Wales today with the new budget allocations showing an average cash increase of only 0.5 per cent.

The Minister of State and the Home Office has this morning released the Police Grant Report for 2016/17 which indicates the provisional revenue allocations for police forces in the next financial year.

Steve White, chairman of the Police Federation of England and Wales, said: “Our initial response to the Police Grant Report is that the increases that are being offered are, in most cases, quite minimal. In line with the Chancellor’s statements, there has been no decease in funds, however, the average cash increase for the police forces around the country is 0.5 per cent – with one force having a zero budget increase.”

Steve White said it was also important to note that all the figures in the report are reliant on the assumption that local government authorities will agree to increase precepts – the amount people pay in council tax, part of which goes to fund public services including Police and Crime Commissioner’s budgets – by the maximum of 2 per cent.

“The police forces of England and Wales are already working under extreme budgetary pressure, and the public can be assured that they will continue to do their very best to get the most of the resources they have,” he said.

“However, the way in which forces are allocated funding remains confusing and until a system is adopted to ensure that all forces are properly funded these inequalities will remain.”

He added: “We welcome to assurances of the Home Office that the budget will increase counter-terrorism police funding, and that this money will be used to continue the job of police reform. However, officers need to be properly equipped and resourced just to do their day jobs and have the right equipment available to them to support them in that.”

The Minister of State pointed out that Her Majesty’s Inspectorate of Constabulary set out there are further efficiencies needed with the police service, and says the Home Office hopes the Police and Crime Commissioners and Chief Constables will continue to drive these efficiencies, safeguard the quality of policing and continue to reduce crime.

Steve continued: “We agree with the Minister’s statements that further reform of the police service needs to happen, but only if it improves service delivery. We will continue to work with the Police and Crime Commissioners and Chief Constables to ensure that savings made still allow officers to do their job properly and continue to protect the public.”