Is the tide turning for police?

Home / News / Is the tide turning for police? 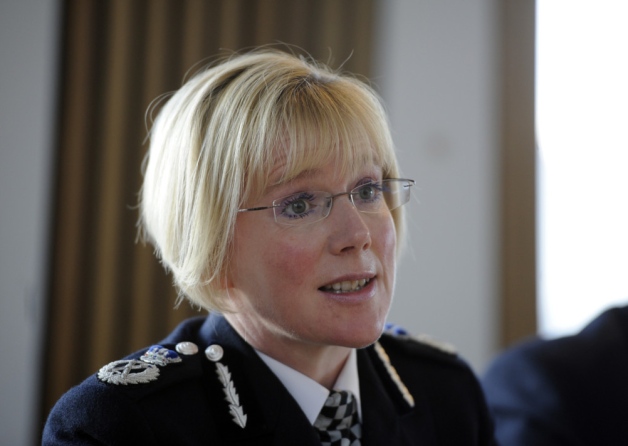 A year into her job as Humberside Police’s top officer, chief constable Justine Curran wants an end to our blame culture and fixation on crime statistics. Rob Parsons reports.

After a 25-year police career covering four different police forces north and south of the border, you’d expect there wouldn’t be much in the law enforcement world that would be new to Humberside Police chief constable Justine Curran.

But the strong winds and high tides that hit the region last December, leading to the worst tidal surge seen on the East Coast in decades, saw her plunged into the thick of the action in a way that even took her by surprise.

“The tidal surges, I had never experienced that before, that was a completely new one on me”, she says. “We were obviously preparing for it, but I couldn’t imagine what it was going to look like.”

In the end, with central Hull left in chaos by flooded roads and the traffic lights on Ferensway out, Ms Curran found herself getting out of her car to direct traffic while wearing “a skirt, court shoes and a little black jacket”, before a colleague drove past to pass her a fluorescent jacket.

“It was a pretty amazing experience because the city centre is so close to the river, and there is Christmas shopping and late night shopping. It hadn’t rained, but everyone was saying this was going to be quite difficult.

“It’s an amazing thing to see when the water is actually coming up through the drains and the river level rising that much. You imagine how Noah felt.”

Biblical tidal surges aside, since starting her role at Humberside the former chief constable at Tayside Police in Scotland has been preoccupied with the more prosaic, but no less important, task of keeping locals safe while cutting her force’s budget by millions of pounds a year.

Tasked with re-designing a more efficient force by police commissioner Matthew Grove, the solution was a radical restructure which will see geographical divisions scrapped and hundreds of officers leave.

Though the changes are the result of cuts to funding and will mean a substantially smaller force, Ms Curran tells The Yorkshire Post the task of re-shaping the local police service has given her the chance to analyse what  its purpose is.

“The introduction of crime commissioners has created an opportunity for us almost to put our foot on the ball and say ‘what is this all about?’ and move away from the league table of everything.

“Actually, it is about how does it feel to be part of this area and what is our part in making it better. It is a big conversation with the staff.

“We have taken our time to do that, because I am a bit of a believer in this, it has got to be a shared endeavour, not of the school of ‘I am going to task you every three seconds and keep my foot on your neck’.

“It’s going to be about making the most of our people, freeing them up from what has been restricting them, and giving them the skills and confidence to use their discretion and make decisions to do the right things.”

Part of this is an appointments system brought in for victims of low-level crime and anti-social behaviour, replacing the bulk of traditional home visits, while calls to police will be “triaged” to weed out the 40 per cent of reports which are not police matters.

There will be fewer police buildings, as these are expensive to maintain, with the hope that police will be able to use modern forms of communication to stay in contact with the public. “In terms of the public, I hope there won’t be anything that causes massive concerns because there are still named officers for neighbourhoods and named PCSOs,” she says.

Keeping crime rates down in the current policing and economic climate is far from easy in many parts of the country, and her patch of East Yorkshire and the Humber saw a rise in crime last year despite a national and Yorkshire-wide downward trend.

Of the nine forces which saw an increase, five were in the North and only one in the South, prompting fears of a North/South divide exacerbated by the recession. Given this, it’s perhaps not surprising Ms Curran wants to focus more on the overall wellbeing of her area than on comparing crime statistics with other forces, but she says tackling crime only represents 20 per cent of officers’ work and disputes the notion that “there is a whole industry going on there totally focused on these figures”.

“I think people are schizophrenic about these things. I get frustrated because I don’t view the police’s main reason for being as being a crime-recording tool… For me it is about how people feel about this area, how we can contribute to this area improving. That may have gone out of fashion but for me it is the essence of what we do. It is like parenting, we are trying to get this area to be the best it can be.”

Another source of concern, given the recent focus on officers’ misdemeanours around the country, is what she sees as a world “where we seem to be more and more hungry to blame everybody”.

Last year, Dr Richard Stone, an adviser to the landmark inquiry into the racist murder of Stephen Lawrence, said officers should be sacked for failing to co-operate with inquiries into serious crimes.

His comments come after two officers, who are believed to have authorised and led an “improper” surveillance operation at the inquest into the death of black former paratrooper Christopher Alder, refused to answer questions when interviewed by the Independent Police Complaints Commission (IPCC).

Five other officers present when Mr Alder died on the floor of the custody suite of a Hull police station, refused to co-operate with a 2006 review of the case ordered by the Home Secretary.

In response to Dr Stone’s suggestion, Ms Curran says: “When I was thinking about it, I went back to Robert Peel’s principles, that we are citizens in uniform, and part of where we get our legitimacy is being citizens and being part of communities. So to deny one lot of citizens the rights that are there for everyone else, is that quite fair?

“While I understand how it might appear, you have to put it in the context of a world where we seem to be more and more hungry to blame everybody. When you lead an organisation it is sometimes difficult to learn lessons and move on because everyone is concerned about their personal wellbeing.

“For me, the way to go about it, we are talking about shared endeavour, and being a public servant, and it being a vocation, and making people feel confident about doing that, not that they are being attacked all the time and people want to hang them out to dry. If you do that, you are always going to get a defensive reaction.

“We have got that dilemma, what do we want to achieve here? Is it about individuals and about blame, and sometimes that is absolutely right, or is it about making sure we can stop these things happening again?

“I think at the moment, as a society we are quite confused about what it is that we want.”