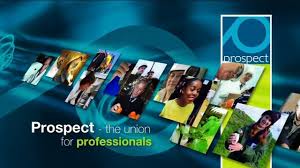 Prospect has given the Scottish budget a mixed review – expressing concern at the continued severity of public sector pay restraint, but welcoming a departure from the Westminster approach in other aspects of the bargaining agenda.

The union, which represents around 1,200 Scottish public sector workers in areas such as agriculture, fishery protection and policymaking, expressed disappointment that deputy first minister John Swinney would not move away from the 1% pay bill cap adopted by the Westminster government in its autumn statement.

Prospect’s Scottish national secretary Alan Denney said: “We had hoped that in his last budget before the 2016 elections Mr Swinney would put clear water between the Scottish and Westminster governments on public sector pay.

“We are disappointed in the retention of the UK-wide 1% cap on pay bill increases, but we recognise that the Holyrood budget is in many other ways different from Westminster’s in its treatment of public sector workers.

The union welcomed the budget’s commitment to lift the low pay threshold, enforce the Scottish Living Wage in government, allow progression payments to continue and permit government departments to use pay bill savings to address equality issues. These were all issues that were high on Prospect’s bargaining agenda.

Prospect also gave its backing to the budget’s commitment to increase expenditure on digital infrastructure, and in particular the ongoing pledge to provide 95% of Scottish homes and businesses with next generation digital broadband by 2017.

However, the union remains concerned at the reductions in other budget areas, and while it supports the continued commitment to free access for the core Scottish museums and galleries, there is concern at the reduction in resource and capital budgets for culture.

“This is a budget which is hugely influenced by the settlement with Westminster and we remain concerned at the ability to attract and retain key staff, especially as the Government becomes responsible for even more service delivery,” Denney added.

“Nevertheless we recognise the deputy first minister has done much to create a distinct Scottish approach to public service workers, and there is much to be welcomed.”