Civil service head sets out a change of direction for Whitehall 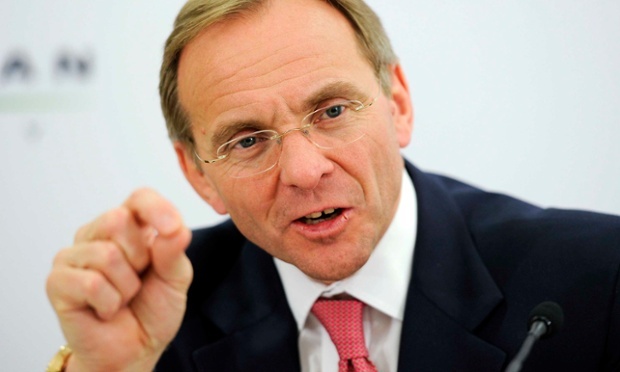 John Manzoni, head of the civil service, has said that it is being asked to do “too much” for the resources it now has after five years of cuts.

Addressing the annual conference of the FDA union, which has 18,000 senior civil service members, Manzoni, a former boss at BP, marked a break from the previous five years of government. He said the civil service was now “doing too much across government for the experience and resources we have” – an acknowledgement that cuts have hurt Whitehall’s ability to carry out government policy. “There’s a dawning recognition that the modus operandi of the last five years won’t get us where we want to be,” he said.

Earlier this year, the ARC union, which represents staff working in HM Revenue & Customs, said the department needed more resources and better pay to combat tax evasion if it were to prevent losing highly experienced staff.

Manzoni also took a markedly more conciliatory tone towards his senior civil servants than was true of the previous administration.

Under the previous Cabinet Office minister Francis Maude, who stepped down as an MP at the general election but has now been appointed as trade minister in the Foreign Office, civil servants were routinely accused of being obstructive or, worse, agreeing to carry out policies and then failing to do so.

Manzoni told delegates it was admirable for civil service leaders to take pride in what they do for the public, but that they also had to be careful, as leaders, to take care of their staff – rather than simply paying attention to their relationship with ministers, which he described as looking upwards. “We have to serve the government of the day,” he said, “but I say if we want stuff delivered, you had better be looking forwards and downwards as well. It’s an extra requirement.”

He added that the next phase of civil service efficiency reform could be achieved only if civil servants themselves felt in control and in charge of their own destiny. “It’s incredibly simple, but one we’ve been light on in the civil service,” he said.

But some things are not going to change. The much-hated civil service performance management system, which requires managers to rank their staff, will stay. One of Maude’s final moves before leaving the Cabinet Office was a call to make the present system even tougher.

Manzoni did not address the specific issue of the ranking system, but said he wanted more conversations on performance across the civil service, as part of a wider emphasis on delivery. “I spent 25 years in front of my boss, being held to account for delivery,” he told delegates. “Then I held lots of other people to account. For a civil service that delivers so much stuff every day, there’s remarkably little of that. It’s not in the DNA of the civil service to have those performance management conversations. It doesn’t happen anything like enough.”

Manzoni said departments were spending time reporting on too many different plans, such as diversity, talent management and the spending review, rather than having a single, coherent strategic plan. He said he wanted to create greater collaboration across government, including more departments sharing buildings and a more centralised HR function. He said he had already discussed this with the new Cabinet Office minister Matt Hancock, who agreed on moves to bring the Cabinet Office and Treasury closer together.

Manzoni ruled out any review of civil servants’ pay. He said changes should be made to focus on further development of delivery skills. That should include some time spent getting private sector experience, but there was, he said, no need to match market pay because civil service jobs are “more interesting”. His remarks to the conference came shortly after delegates unanimously voted for a motion calling for an immediate review of civil service pay, progression frameworks, pay equity and the wider reward strategy.